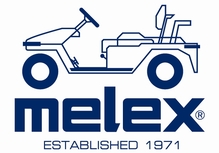 Stan Siedlecki grew up in Poland. Most notably, he had a comfortable upbringing in Mielec. The same Mielec Siedlecki would return to decades later to secure a contract to manufacture the Melex.

In fact, the link between Siedlecki and Mielec is strong and reaches back decades.

Siedlecki was born in Warsaw in 1932. His mother and father divorced while he was still a baby. In 1934, when Siedlecki was just two years old, Siedlecki’s mother left his father.

Resigned to divorce, she boarded a train to return to Warsaw to live with her parents.

Upset and alone with her son on the train, she began crying. A young man, Adam Krysiewicz, comforted her on her trip home.

It turned out that Adam was also divorced and lived close to Siedlecki’s grandparents.

After arriving in Warsaw, Adam began to visit Siedlecki’s mother regularly, despite the disapproval of her two sisters, who found him rather uninteresting and too prim and proper for their tastes.

While Adam may have been rather prim and proper, he was also successful and from a well-to-do family. His father started a factory that produced a very popular container, a samovar, used to make tea.

Adam’s family was well regarded, and Adam grew up with the expectation that he would be successful as well. And he was.

After completing high school, he went on to Berlin University where he earned degrees in metallurgy and economics.

After graduating he returned to Poland and accepted a job organizing sales for a German factory. He also served as an officer in the Polish military and commanded an artillery battery on the Russian front during the war between Poland and Russia.

After the war, Adam married his first wife and was employed by an insurance company and later by PZL, a firm in the aeronautical industry. The marriage ended in divorce after his wife was unable to have children.

Adam and Siedlecki’s mother were married in 1937.

It was also during 1937, that the Polish government undertook an industrialization program and offered Adam the opportunity to move to Mielec, where he would be a member of the management team running a new airplane factory.

Adam agreed to take the job and the family moved to Mielec.

In the 1930s, Mielec was a small, rural town. Aside from the airplane factory, the community consisted mostly of farms and forests.

The family lived in a relatively large and spacious house away from the factory, on the outskirts of Mielec in an area known as Wojslaw.

The house also happened to be located on a main road used by the Germans during World War II. In his private papers, Siedlecki recalls the difficulty of those years.

He tells the story of how their house faced the road used to travel to Krakow. He remembers the Polish soldiers headed to the front line to meet the Germans and the German planes overhead swooping down and spraying the road with machine guns and the people calling for help while the military corpsmen shouted orders to each other.

In 1943, when he was just 11 years old, Siedlecki joined the medical team as a “do all” helper, washing bandages and helping to look after wounded underground soldiers hiding in village barns.

In 1944, Siedlecki’s family lived through the invasion of the Russian Army.

Siedlecki describes how the front line moved back and forth several times and how he learned to recognize the difference between the sounds of the German and Russian tanks.

He says the Russian tanks were clunky and you could hear them from far away. The German tanks were much quieter even though their hydraulic controls put out a high-pitched whining sound.

A Long and Successful Career

In 1948, Siedlecki was accepted into the prestigious Szkola Morska (Sea School), the Polish maritime academy.

While still in Sea School and assigned to the training ship Dar Pomorza, Siedlecki jumped ship in Genoa, Italy during a training mission to the North Sea.

He sought asylum while in Genoa. In 1953, he was given asylum and joined the U.S. Army. He served in the Army for five years and received his U.S. citizenship.

In the U.S., he used his technical skills and business acumen to build a successful career as an engineer.

From the early to mid-1960s, his work as an engineer for Kershaw Manufacturing Co. led to improvements in both railroad and cotton processing machinery.

From the mid to the end of the 1960s, he worked as a structural designer and later as the Assistant Chief Engineer for the International Department of Continental Moss Gordon. In 1969, he was assigned a key role providing oversight of factory installations in the Balkan States and the Middle East.

In the early 1970s, returning from this overseas assignment, Siedlecki moved ahead with his idea of creating an electrically powered golf cart.

Those efforts led to more than the creation of what we now know as the Melex.

It should also be noted that Siedlecki’s efforts generated economic opportunity for the residents of Mielec, many of whom could have been his school friends and others he knew growing up there.

Siedlecki is proud to have received a Mielec factory emblem given to him in 1970 by the factory director during the celebration marking the end of the contract negotiations for production of the Melex.

The emblem is a clear and tangible reminder of his efforts to bring the Melex project to the factory in his hometown, which also happened to be the same factory his stepfather helped start in 1937.

It was also during this celebration in 1971 that the factory director asked what the golf cart should be called. This is when Siedlecki suggested Melex, the phonetic pronunciation of Mielec, and drew the logo for the golf cart.

Stan Siedlecki grew up in Mielec during a turbulent and difficult time. The strength he gained from living through those challenging years, combined with his natural curiosity and intellect, helped shape a career that has lasted for more than 50 years.

Siedlecki moved back to Poland in 2018. He now lives in Poznan and continues to play an active role in Poland’s manufacturing community.

A Story of Vision and Determination

It was through Siedlecki’s vision and determination that the Melex was transformed from an idea into one of the most popular golf carts in the world.

So the next time you see a golf cart, think of Stan Siedlecki and how his efforts brought the Melex to life.